Brooke Bier has had dreams of attending Duke University since before she knew what it was. Her father, a graduate from Duke in 1990, started to convert his daughter into a Duke fan since she was eight months old. Seventeen years later, their dreams of a second generation Duke student came true when Bier was accepted early decision to Duke’s most selective class yet on Thursday evening.

According to an article in Duke TODAY, the applicant pool for the class of 2023 was 19 percent higher than ever before. 4,852 students applied to Duke’s Early Decision program, but only 882 students were accepted this December. This increase in applicants for the program — indicating that these students are ready to commit to enroll in Duke University given they are accepted — directly correlates with the drop in acceptance rate, which, this year, was only 18 percent. This low number is compared to last year’s Early Decision acceptance rate of 25 percent. It is also the lowest Early Decision acceptance rate in Duke’s history.

The Early Decision admits will make up 51 percent of the incoming freshman class, which will total 1,720 students after regular decision applicants are accepted. The majority of these admits will enroll in the Trinity College of Arts & Sciences and the remainder will be directly enrolled into the Pratt School of Engineering.

Duke admits around the country are very lucky to be a part of this selective class. Bier is one of those students.

Duke University is not the only university to notify Early Decision applicants this week. Already the freshman classes at Cornell University, University of Pennsylvania, Vanderbilt University, Northwestern University, Washington University in St. Louis, and many other schools nationwide are starting to form as well.

Leah Markbreiter is another Duke class of 2023 admit. 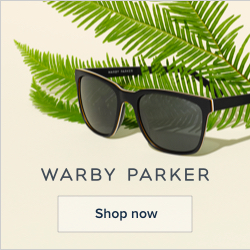